The following was run on a Teradata Express 15.10 VM.

Teradata Support’s response to correcting a problem we were having with calendar functions was “running DIPCAL should successfully fix this error”.  I needed to know how to run a DIP Script

Note: This is not the only way to way to run a DIP Script. 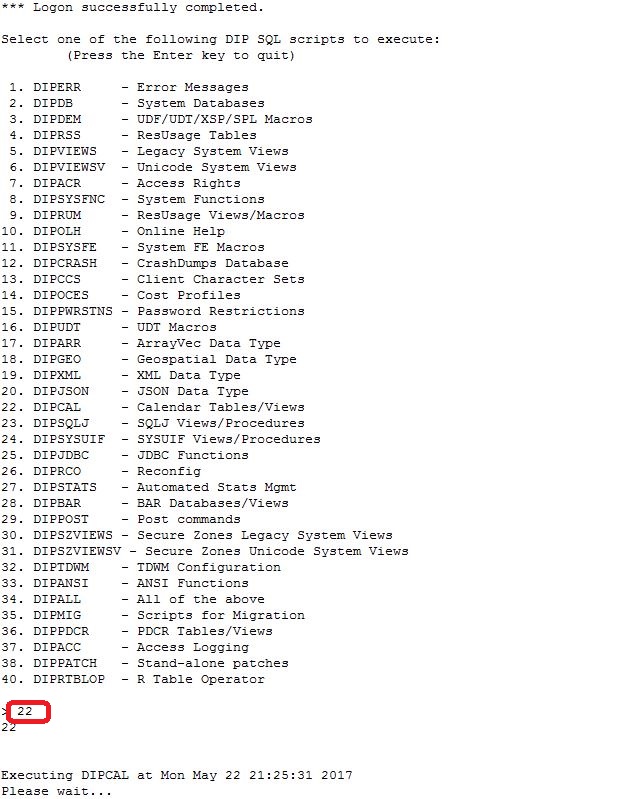